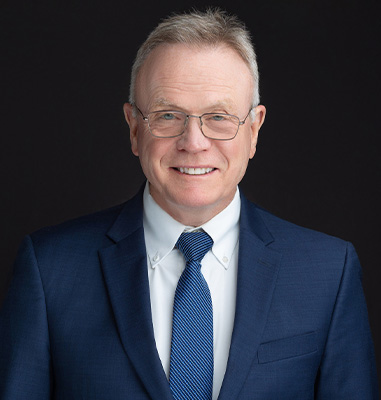 While in law school John worked at the 16th District Court in Livonia as a Court Officer/Law Clerk. While employed at the Court, he had the pleasure to work for the Honorable James R. McCann and the Honorable James E. Mies. John graduated from law school in February of 1978. He was admitted to practice in the State of Michigan in May of 1978 and the United States District Court for the Eastern District of Michigan in November of 1979.

John has deep roots in Livonia. It has always been his home and it is the place he chose to raise his family. He has been married to Kathleen (Kitty) since 1978. They have three children, Kelley, Courtney and Kevin. John has been active in the Livonia Hockey Association over the years. John is also an active member of his local parish, St. Edith's Catholic Church.