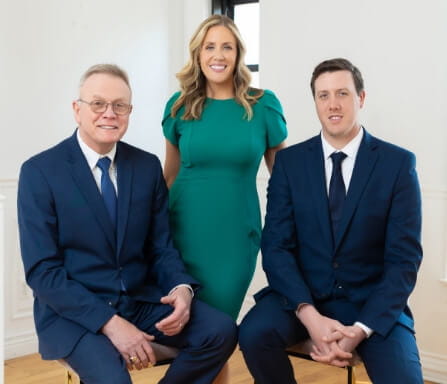 Creighton, McLean & Shea, PLC has been protecting the rights and interests of Livonia’s citizens since 1945. In that time, we’ve stayed true to our values while adapting to the growing needs of our clients in today’s complex legal environment. Covering a broad range of practice areas from criminal defense to family law to real estate and beyond, we are always here when Livonia needs us. We are known across the Michigan legal community for our commitment to obtaining outstanding results in every case and for the enduring relationships we build with our clients.

Meet Our Attorneys Meet Our Staff

Since 1945, Our Mission Has Never Changed

Creighton, McLean & Shea, PLC’s mission is to provide high-quality legal services to our individual and small-business clients. We strive to excel in our commitment to meet or exceed the expectations of our clients with integrity, zeal, and professionalism.

The Values That Guide Our Work Every Day

We take an ethical approach to the practice of law and our professionalism.

We are proud of our reputation for seeking the best available outcome for every client we serve.

We strive to be reliable leaders in our community who are deeply involved in and committed to Livonia.

Our library of blogs is full of additional legal information regarding all of the legal areas in which we practice. Explore our blog collection or contact us directly for more lead information.

In August of 1945, Lt. William W. Brashear, U.S. Navy, returned from service in the South Pacific to join his younger brother, Lonnie H. Brashear, recently retired from the Federal Bureau of Investigation, to form the partnership of Brashear and Brashear in the Penobscot Building in Detroit.

In 1948, William W. Brashear became the attorney for the township of Livonia. He was instrumental in effecting the incorporation of the city in 1950, drafting its charter and handling difficult litigation that threatened this accomplishment. He subsequently served as the city of Livonia’s first city attorney and third mayor.

In the meantime, the firm opened a branch on Five Mile Road, west of Farmington Road in Bill White’s small real estate office. This building is now part of the city of Livonia’s Greenmead Historical Park. When the firm moved into its own Livonia building, the Livonia location became the main office and the Detroit office the branch.

The firm continued to grow and added several partners. James Mies, who subsequently became a Wayne County circuit court judge, joined the office in 1951. William W. Brashear’s son, William R. Brashear, joined the firm a few years later and remained a counsel with the firm until his passing in 2013.

Over the years, the firm’s name has changed several times from the original Brashear and Brashear to the present name of Creighton, McLean & Shea, PLC. The general objectives of the firm, however, have remained constant: to engage in the general practice of civil law, providing services to both individuals and businesses in Livonia and surrounding communities.

Request a FREE Consultation
You have questions. We have answers.